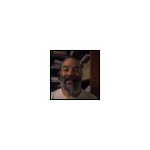 Arthur Ogawa participated in Orangebelt Toastmasters until about March 2011, then in Exeter Toastmasters starting in 2014.

I track my progress in the educational program here. Putting the information on this wiki allows me to inform those with a need to know (e.g., the club Vice President Education).

A cell with a blue background signifies either a scheduled future event or tells me that I have yet to complete all of the details of the project (e.g., perhaps I have not yet secured the initials of the Vice President Education in my project completion record). In effect, to focus on my program, I need only look at the cells with a blue background.

Resources I know about:

Tracks the number of times each participant uses "ah" sounds and "crutch" words and phrases, and bestows the appropriate award to the winner. You should come prepared to describe your meeting role in 1 minute.

Ah sounds are meaningless utterances, such as "Ah", "Er", "Um", that we produce while speaking (usually to fill up silences when we have not decided what we want to say).

Crutch words include "y'know", "OK", "right?", which we insert willy-nilly into our speech, possibly to elicit sympathetic listening sounds from our listeners. Crutch phrases include, "really", "in fact", "basically", "go ahead and...", "real quick", "what it is, is that...", and "Again". Most times, our speech is more meaningful and powerful when we omit such phrases.

Crutch words (filler words) include not only “Ah” and “Um”, but a great number of other phrases. In each case, the use of such phrases is pervasive and marks one as a not particularly conscious speaker. The Ah-Counter is supposed to detect meaningless expletives along with hackneyed, trite phrases. But it is worthwhile considering why such things creep into our language in the first place. By being conscious of what we are saying and why, we can better eschew such verbal excrescences. The result is speech that is more terse, direct, and powerful—in sum, more worthwhile to the listener, who will appreciate the implied respect.

Assignment Write a speech that exemplifies the use of all of the crutch words and Ah sounds, such that each one appears appropriately used.

You know what it is about our speech? We really do not self-censor before engaging our tongues! “Ah-ha!,” you say, and I know you are basically in agreement with me. We are called upon to speak to a topic about something real. Quickly, there is no time to stop to think: we instead go ahead, and we fire off some choice phrases before reflecting on what this speech will sound like to the listener. So, the impression we leave is in fact one of thoughtlessness. Now we have to acknowledge what it is. Is that right? And I have done it again.

Prepare and read a short quotation or other text. This reading is intended to set the tone of the meeting (some call it the "Positive Thought"). You may select from a wide variety of sources—whatever seems suitable to you. You may also craft something of your own.

Prepare a word for the members to try to use in their speaking during the meeting, and to incorporate into their everyday speech. You should print the word in large letters on a piece of paper suitable for display at the front of the room. In presenting the word, you will give its definition(s) and give a use sentence. It is helpful if the definition or the word's synonyms are also on the paper, in large type, so that people can refer to this information in the course of the meeting.

Some clubs combine this meeting role with Grammarian; other clubs break it out as a separate role, suitable to a new member.

The first set of modules are for District Officers and are entitled Leading Teams. Featuring Emma the e-Learning presenter, the modules consist of a “Getting Started” orientation video, and the following four “Sessions”:

Each session concludes with a quiz (graded online) that helps you determine how much of the material you have successfully absorbed.

Each session's web page has a wealth of further information for self study, with links to articles on the TI website.

Who should use these videosEdit

Even though the training is pitched to District officers, Sessions 2–4 covered information that is of general use to Toastmasters in the Leadership Track: Motivation, Delegation, and Conflict Resolution. Anyone would do well to master these skills.

As a club officer, I felt that I benefited greatly from the information in Session 1, the overview of district officers. I was impressed that a single district officer, the Lieutenant Governor Education and Training, was responsible for all three tasks: promoting the Toastmasters Educational Program, leading Speech Contests, as well as Officer Training. What a job!

I also learned what is meant by “marketing”, as in Lieutenant Governor Marketing: I now understand what is being sold, namely Toastmasters memberships.

As you work through each session, you are encouraged to take notes in a “worksheet” provided in PDF format. Here are mine (red text are how I filled in the blanks in the PDF worksheet):

Responsibilities shared by all the above officers:

Motivation: to generate enthusiasm and to get your people personally engaged so they take ownership of their roles and responsibilities.

Goal: to help you identify five basic principles that will help you engage, encourage and energize your team in real world situations.

Five Principles of Motivation are to:

Scenario 2: District Governor follows up with an Area Governor who is struggling

To examine some reasons people find delegating difficult and identify five steps you can take to delegate effectively.

Delegation is the process of transferring responsibility from one person to another and empowering that individual to accomplish a specific goal.

Barriers to Delegation include:

To make delegation work, we need to resolve these issues.

The Five Steps of Delegation are to:

Always make yourself available to support your team.

Conflict is the result of differences between two or more people that are not resolved. They often lead to further problems, such as breakdown in communication and personal rivalries that impede and disrupt.

Conflict resolution occurs when we identify and address conflict in a mature and respectful way. Early is key.

Reach out to the other person and plan a time to talk about the issue in private.

When you talk about the conflict:

Retrieved from "https://toastmasters.fandom.com/wiki/User:ArthurOgawa?oldid=11763"
Community content is available under CC-BY-SA unless otherwise noted.